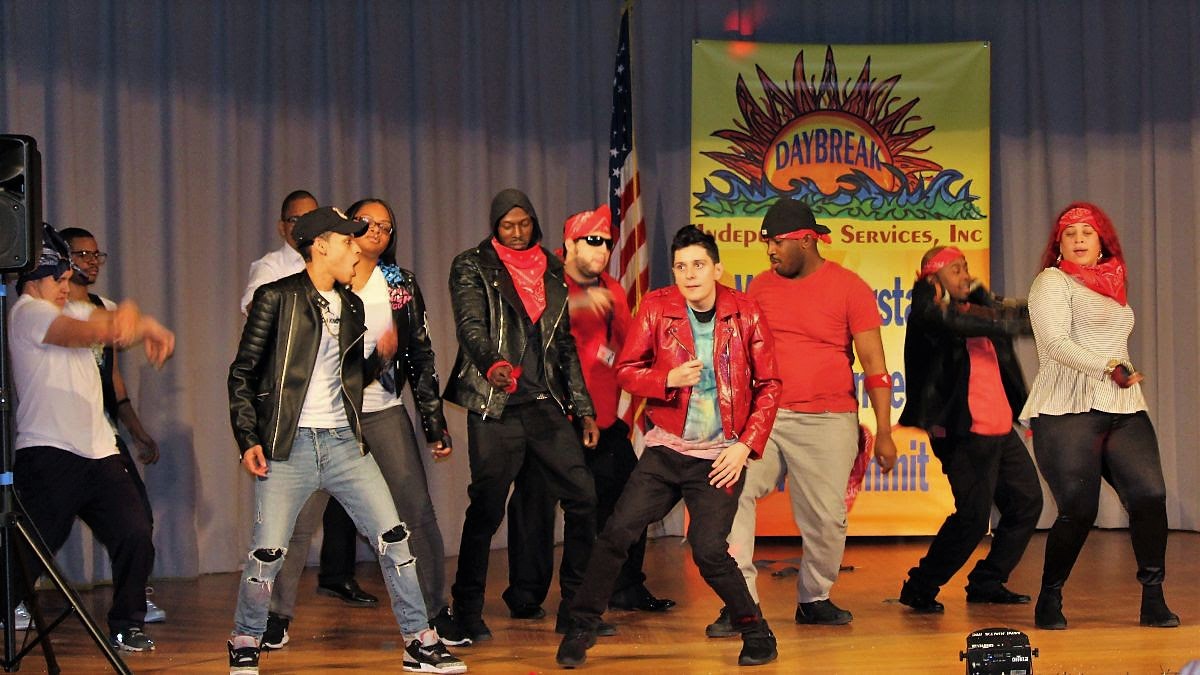 Daybreak recently conducted its annual holiday show and it was a success, to say the least. Every year the agency encourages the individuals to use their unique talents to express themselves in various creative ways including singing, dancing, acting and generating artwork. In this recent show, the response was overwhelming. The number of potential performers was so vast that the allotted time for the show could not accommodate! Additionally, the turnout of family members and friends to support the event was so great that there were not even enough seats to hold them all! Thankfully, that fact did not deter them from attending. The willingness of many to stand just so that they could see and experience the show is a testament to its intrigue as well as the joy that it brings to all. “I love that,” said Michael (one of the team leaders from the Woodlawn location) of multiple on-lookers who were excitedly recording one of the performers. “They don’t even know her, but they are so into it; that’s beautiful!” I couldn’t agree more.

We had our usual host, Matthew (an individual from the Yonkers location), to introduce the different performances and entertain the audience. Of course, if you have ever witnessed Matthew in action, you know he did not disappoint. He was also accompanied by his usual co-host, Jene (our Training and Intake Coordinator). Together they amused the crowd with their playful banter and humorous introductions.

Many people were also impressed by the array of performances, something Jene mentioned herself. “This show had a lot of creativity,” she said, which was definitely noticed by many and met with great enthusiasm. The individuals were very eager to perform, so that others could cheer them on and enjoy what they worked hard to prepare.

“We did it!” Ernesto (an individual from the Woodlawn location) said to me very excitedly after we finished a dance we performed as a group. He and others were so proud to have practiced and performed a group dance, especially because the audience cheered loudly and enjoyed it greatly.

In essence, that response was the purpose of the show, to have our individuals prepare artistically and present something that they could be proud of to their family/friends. We their staff members were honored to assist them in any way we could to give it their best shot to produce artistic expressions that entertained, inspired and brought immense joy to the hearts of all who support them. In spite of their limitations, our individuals were able to capture the spotlight as well as our hearts with a wonderful display of creativity, showcasing their interests and unique abilities in a show that was truly like no other.