Getting To Know Autism – Part 2 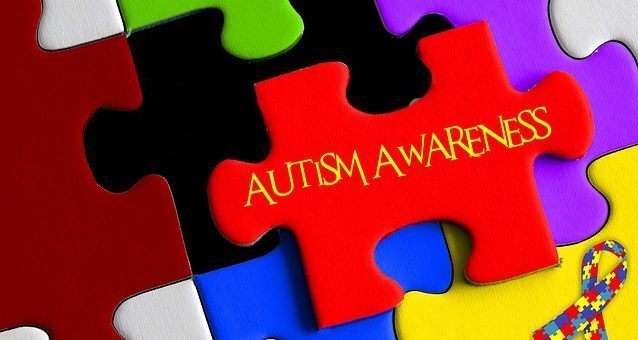 Last month, we highlighted how a DSP became more familiar with Autism and how that affected them as a person. This month, as a follow-up, we decided to delve a bit deeper and interview the parent of a child who was on the spectrum. Daybreak’s own Quality Assurance assistant Tashana M. let us in on her personal experiences with raising a daughter who happens to be on the Autism spectrum.

“Autism Speaks,” an advocacy group, defines Autism as a developmental disorder characterized by challenges with social skills, repetitive behaviors, speech, and nonverbal communication. Among other things, this means Autism can be both difficult to diagnose and hard to spot. During the interview, Tashana described how her daughter’s behavior suddenly changed around 15 months by stating, “I noticed a change in her behavior as she out of the blue stopped responding to me calling her name. I began to express to my family that I was noticing something wrong with her but they did not see the issue as well. I inquired with her doctor about the issues and she was diagnosed.”

When her daughter was first diagnosed, having no prior experience with the disability, Tashana was understandably scared. She did not want to live in a world where there was a possibility she did not have the means to take care of her own daughter. So Tashana did everything she could to educate herself on Autism Spectrum Disorder and began to research, read helpful materials, and receive advice from those with similar experiences. At the time, being a pharmacists assistant, Tashana saw her path more highlighted than ever before and decided to pursue a career in social work with the understanding that she would be able to better serve the needs of her daughter.

Today Tashana describes her situation with confidence and assuredness that she is doing everything she can to improve her daughters life. She knows that since she is properly preparing herself and her daughter for the future her daughter will be able to live as independent and fulfilling a life as possible. She did not let the fear associated with the diagnosis stop her which sets an example to her daughter. I was amazed by the resilience she showed even in our short interview. It was clear she had evolved from the scared person unfamiliar with the diagnosis of Autism to a mother ready to clear a golden path onto the world for her child. She is willing to learn as much as she is willing to teach and share. She brings that dedication to Daybreak on a daily basis.

Tashana describes that getting her daughter an IPAD has really improved her ability to engage in learning activities and she feels it can be a great tool for anyone with communication issues. I asked her if she had seen/experienced anything at Daybreak that she was able to take back home and use to assist her daughter and she mentioned that she is constantly watching staff and it influences her to try different activities with her daughter which is tremendously helpful. Lastly, I asked her which form of therapy had been the most helpful and she mentioned ABA therapy. She described the therapy as very “hands-on” and mentioned how her daughter seems to take to it easily.

I ended my interview with a question asking,’ How she would explain autism to others?, and she responded with,” Autism is not necessarily a bad thing, I know I can never walk in her shoes but I can learn with her and learn from her experiences. She repeated that in the beginning she was scared however today she has no doubt in her mind that her daughter will be fine. She finished our interview by stating,” I want the best for her and that will never change.” Just another proof and testament to the fact that a mother’s love is a blessing that never ends.